Xiantang Mountain is named after Xiantang Temple, which was built on the mountainside, in Qiangji Township, 25 kilometers north of Xiangyuan County. The mountain was originally called "Jiulong Mountain", the main peak is 1,700 meters above sea level, and has a radius of more than 20 square kilometers. Ascending and looking up, the mountains are stacked, and the clouds are filled with fog, like the gathering of Kowloon. The Xiantang Temple is simple, solemn and magnificent, inlaid on the middle of the mountain, and the Duxiu Peak (Cuiwei Peak) on the side of the temple stands out among the mountains. Xiantang Mountain is very beautiful. It looks like a charming and shy young woman hiding in the deep boudoir of Dashan. Guangzhi Mountain in Licheng makes people feel a kind of masculine masculinity, while Xiantang Mountain makes people feel as if they were thrown into the embrace of motherhood. Many people think that Xiantang Mountain was once a monk's world. It is said that there were monasteries there in the Eastern Jin Dynasty; however, Nüwa should be the earliest owner of Xiantang Mountain, and the Wa Pavilion on the north cliff of the mountain can testify.
The scenic spot adopts our electronic ticket system and 10 channels of wing gates (adopts intelligent high-end luxury ticket inspection machines in kiosk, considering the problem of the second entrance of the park, a fingerprint binding ticket inspection machine is added at the exit, when tourists enter the park for the second time Direct fingerprint comparison on the gate, after the comparison is successful, you can enter the park twice, ensuring the unity of people and tickets, and eliminating management loopholes) 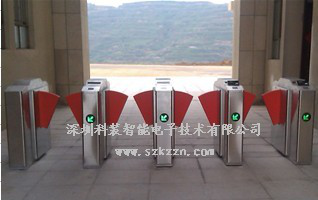